A LACK of funding for Clinical Scientist training places is putting patient safety in Scotland at risk, according to IPEM.

In a letter to Karen Reid, the Chief Executive Officer of NHS Education for Scotland (NES), Dr Robert Farley, IPEM’s President, says the lack of funding for Clinical Scientist training places will have a negative impact on patient safety. 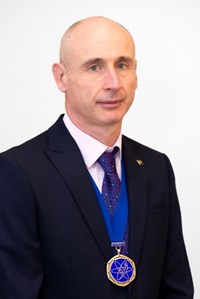 Dr Farley states: ‘We understand NHS Education for Scotland are proposing funding that equates to less than a single training post in medical physics and clinical engineering in 2023.

‘This is despite the Scottish Government's Chief Healthcare Science Officer’s public acknowledgement of the importance of training.

‘Scotland currently has a 10 per cent Clinical Scientist vacancy rate across the medical physics specialisms. This equates to seven vacancies in radiotherapy, three in nuclear medicine, four in diagnostic radiology and radiation protection. These posts are critical to supporting diagnostics and cancer treatments.’

Dr Farley adds that in nuclear medicine, an extra 24 certified Medical Physics Experts are required to satisfy IPEM recommendations on adequate staffing levels to assure full compliance with the Ionising Radiation (Medical Exposure) Regulations. Clinical engineering specialisms are also affected and there are known shortages in areas such as rehabilitation engineering.

He adds: ‘The long-term effect of this lack of funding will be to worsen an already acute workforce shortage, with too few early-career professionals available in three years’ time to adequately cover roles such as treatment planning, clinical reporting and quality assurance for cancer treatments involving radiotherapy.

Dr Farley also states that NES is believed to have made no provision for Higher Specialist Scientist Training (HSST), which are required to fill the leadership roles that will become vacant in the near future.

The letter calls for an immediate assurance that the shortfall in funding for training will be rectified, and requests that funding for at least 10 early career Clinical Scientist training posts in medical physics and clinical engineering be made available next year.